First all, I totally get it. I have a mental block when it comes to TV remotes.

I don’t mind if something is engineered in a way that makes logical sense.. but often TV remotes don’t. At least not to me. Why is it that it’s like having to break the lock system of a high security bank? Why do I have to ask some  teenager to do it for me when I can figure out plenty of other “tech-y” things?

They remind me of the old VCR’s back in the day.. completely non intuitive and also lacking in logic.

Note: To be fair, I spent a lot of time away from TVs. Ask me to find an obscure movie online and view it, no problem. But if I have to do to much work with a handful of remotes, I’m going to opt out and retreat to my trusty laptop.

Also, I move often as a digital nomad and don’t feel like going through this process each time. Just show me where the on/off, channel, and volume buttons are, thank you, and could you pretty please set up subtitles for me?

What ARE  the exact tools and processes that we are calling “tech” as if it’s about solving a math problem, or using logic?

Because many times, it’s not about logic at all.

For many processes, you have to know specific steps. It’s like getting directions from a GPS device. If you don’t know that you are supposed to turn right at a certain street before turning left at another, it doesn’t mean you are stupid if the person or device giving you those directions kinda left out that part.

Similarly, would you feel stupid if you could not use logic or intuition to guess someone’s phone number? Of course not. Getting a phone number is not a matter of simple problem solving or logic. If nobody tells you, you are out of luck.

Ain’t nobody got time for dat.

Much of what we are calling “tech” requires that you know exactly what steps to take, or the whole process will fail. Many people that give directions fail to provide a vital piece of information.. that you can’t find with logic, reason, or intuition. Your high IQ won’t get you any further than an extremely lucky guess.

So now that we got that cleared up, there’s this silly “mystique” about it all. I’m convinced that some even hold back information because it just plain makes them look smarter.

There is no mystique.

What also bugs me is how many women give in and declare themselves unfit and unsavvy just because they are intimidated by this nonsense.

In some cases, this could be true, but I suspect it has to do more with preference than a true deficiency.

Sometimes there really IS a bona-fide mental block. I was told in high school that I was bad at math. I later found out it was the teacher. Turns out I’m quite average at it. In some areas of math, I was even quite good.

I DO have a mental block with TV remotes. This is particularly odd, because if you read my last blog, I revealed that I have some minimal training in recording engineering. I was totally into it. The physics of acoustics. What this effects processor did. How to set up a microphone. Playing with the mixing board. Knowing where each cable led to. Being curious about how each piece of equipment worked, sometimes down to the circuitry.

I was also a technician (not to be confused with an engineer) in the Air Force.

I’m not saying all this to brag or to sneak in a resume. I’m saying that I almost forget about my accomplishments because I can get fixated on things like that algebra class from hell, VCR’s, or TV remotes. All are things that I don’t really like or am not “good” with. A mental block.

Seriously, I still have dreams about having to take an algebra final, despite not having shown up for class all semester. Or having to use a TV remote to gain access to the classroom. 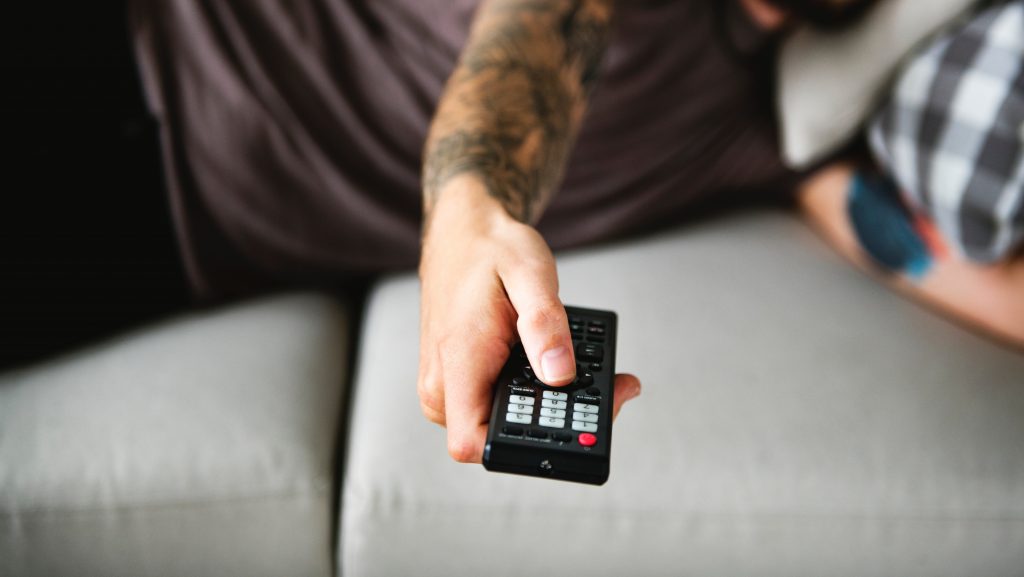 And you know what? I don’t care if I ever see an algebra equation ever again. I don’t really need it.

What if I told you that most of the skills I wrote about in my last blog, such as setting up an email account, learning how to create a training video, or run a FB ad campaign are less like math, and more like building a piece of IKEA furniture? You simply need a good set of directions. The problem is, most directions for these tasks, quite frankly, suck.

And it’s not your fault.

• It’s ok to ask for step by step directions in the same manner you would ask for any other kind of directions.

This realization could clear up a LOT of mental blocks about tech.

• Building a list of accomplishments will give you confidence. Treat problem-solving as play. Pour a glass of wine if it helps.

Write those things down!

• It can be tempting to buy into the BS that because you are older, or a woman, or a creative thinker, you are incapable of following directions or solving a “tech” problem.

I’ll buy that it bores you to tears and that you would rather die by a thousand cuts than do certain “tech” chores. I won’t buy that you don’t have the capacity for ANYTHING remotely related to “tech things.”

• Don’t let arrogant twits make you feel stupid by withholding information, either. I’ve seen this too many times.. and I’ve given them the benefit of the doubt. assuming that I’m the “stupid” one too many times.

• There are different types of intelligence, such as spacial, verbal, musical, physical, etc. Some may simply not be proficient in these types of tasks. And that’s ok!

I invite you to sit down with a pad of paper or your laptop and ask yourself a few questions.

1. Is it a mental block, or a preference?

2. Where did the mental block come from? For a friend of mine, it was something she described as the “emotional sunburn” she got from a bossy, arrogant, and overbearing spouse who told her she was essentially stupid for not being able to read his mind when it came to “tech stuff.”

For me, as with many, it was a bad math teacher.

3. Do  you have a desire to do something one could describe as “technical,” but have avoided it, assuming that you were not competent?

4. Do you give yourself permission to just try something.. to play with it to see what happens?

5. Are you ok with things not working out like you think they should, the very first time you try something? Because with anything “tech,” this is a normal part of the process. It CAN be frustrating, and if your threshold is low, you are going to burn out fast.

6. Are you afraid that something will “break” or “blow up?”

8. Could you possibly be too mentally tired to take on another project? Would it help to give your brain what it needs? (rest, stimulation, occasional brain candy, a good workout)

9. Have you been diagnosed with ADHD or a condition which might affect how you process information? This could mean that you simply think differently.. not that you are deficient.

10. Do you think better on your own.. or is there usually someone there peering over your shoulder, or who might witness a “failure?”

11. Do you panic or freeze, or stare into space when you think you may have to solve a “tech” problem? If so, why? Keep asking why.

12. Have you bought into the belief that certain people, such as older women, simply are not “good” at “tech” things?

13. Could it be that you are using your “non tech savvy” status as a “free pass” to get out of doing actual work or problem solving?

14. Do you really, truly dislike “tech” chores, or do you simply just have daily limits?

15. How does the sentence “I have better things to do” feel?

What did you discover? What is true? What is bullshit? What will you do with this information?

There are no right or wrong answers.

The more honest you are with yourself, the more confident and less stressed you will be in the long run, whether you decide to dive into the the world of tech or leave it all behind without any baggage of shame or guilt.

If you are into “flying solo” with your tech projects because you enjoy it and it makes sense, I encourage you. I did that for years. Because I like technology.

If you need help in the cockpit, don’t be afraid to ask for help, from whatever sources you have access to. My recommendation is either free or paid courses,  paying a “go to” person who can solve a problem that may be over your head at the moment, or hiring a coach.

I have coaching and mentoring programs not just for “tech” issues but in getting past the mental blocks that slow down the progress of your marketing or business success.

If your idea of running a business is paying someone to “fly you there.” or if you are at the stage where it is time to sit back  in at least business class and focus on your business instead of “flying the plane,” it’s time to outsource! Just click on the nifty burgundy button and we can talk. The first 30 minutes are free!

By continuing to browse the site you are agreeing to our use of cookies.